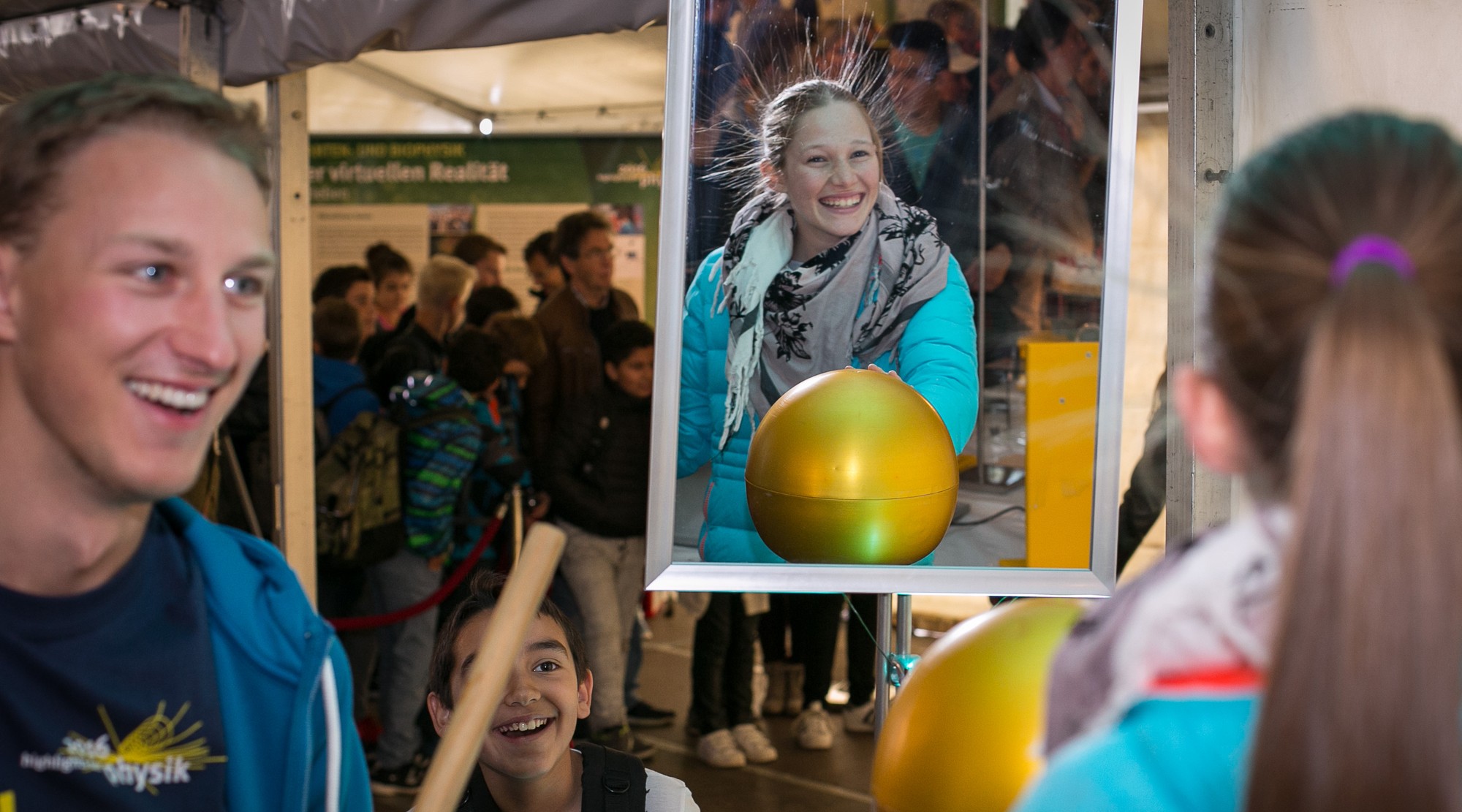 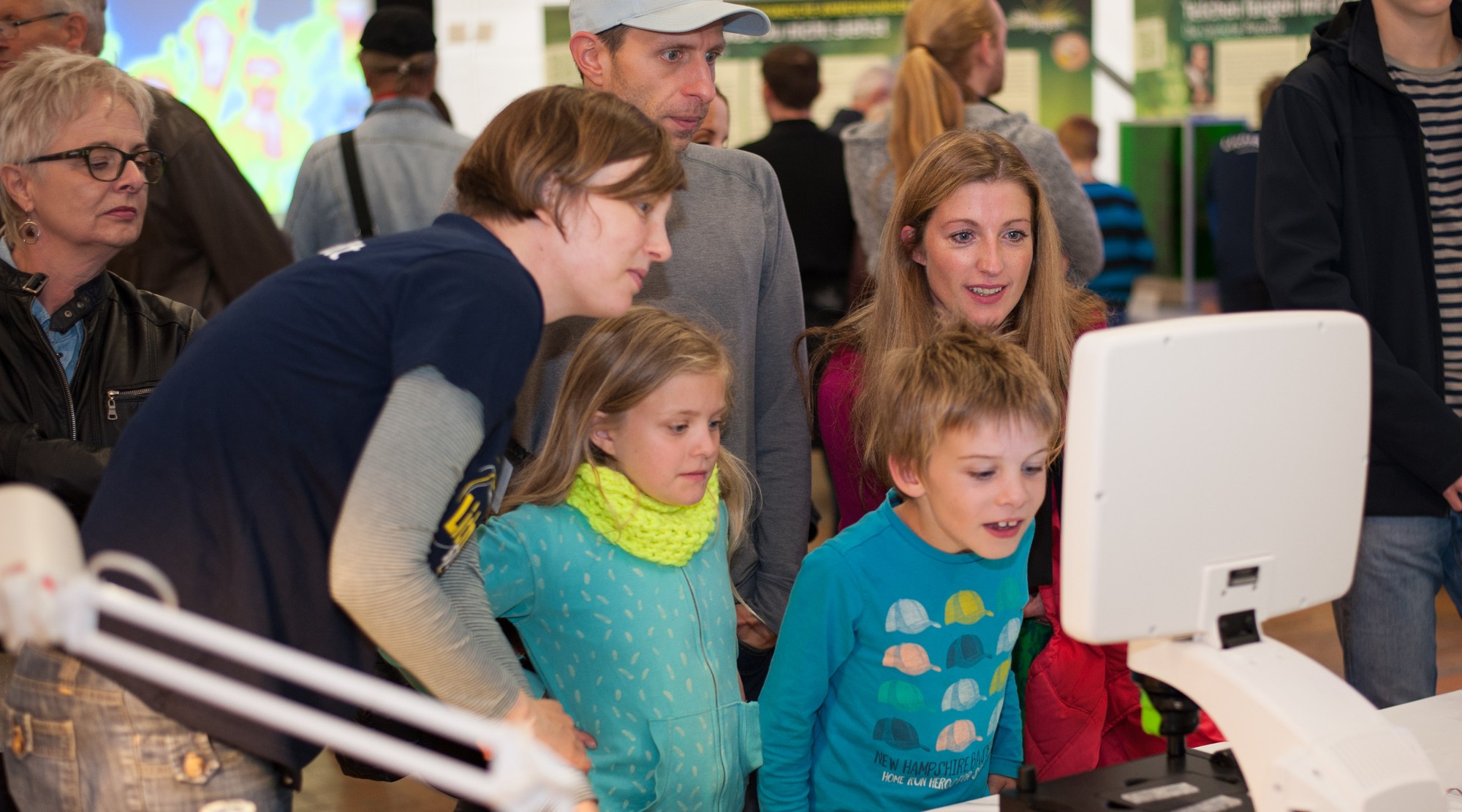 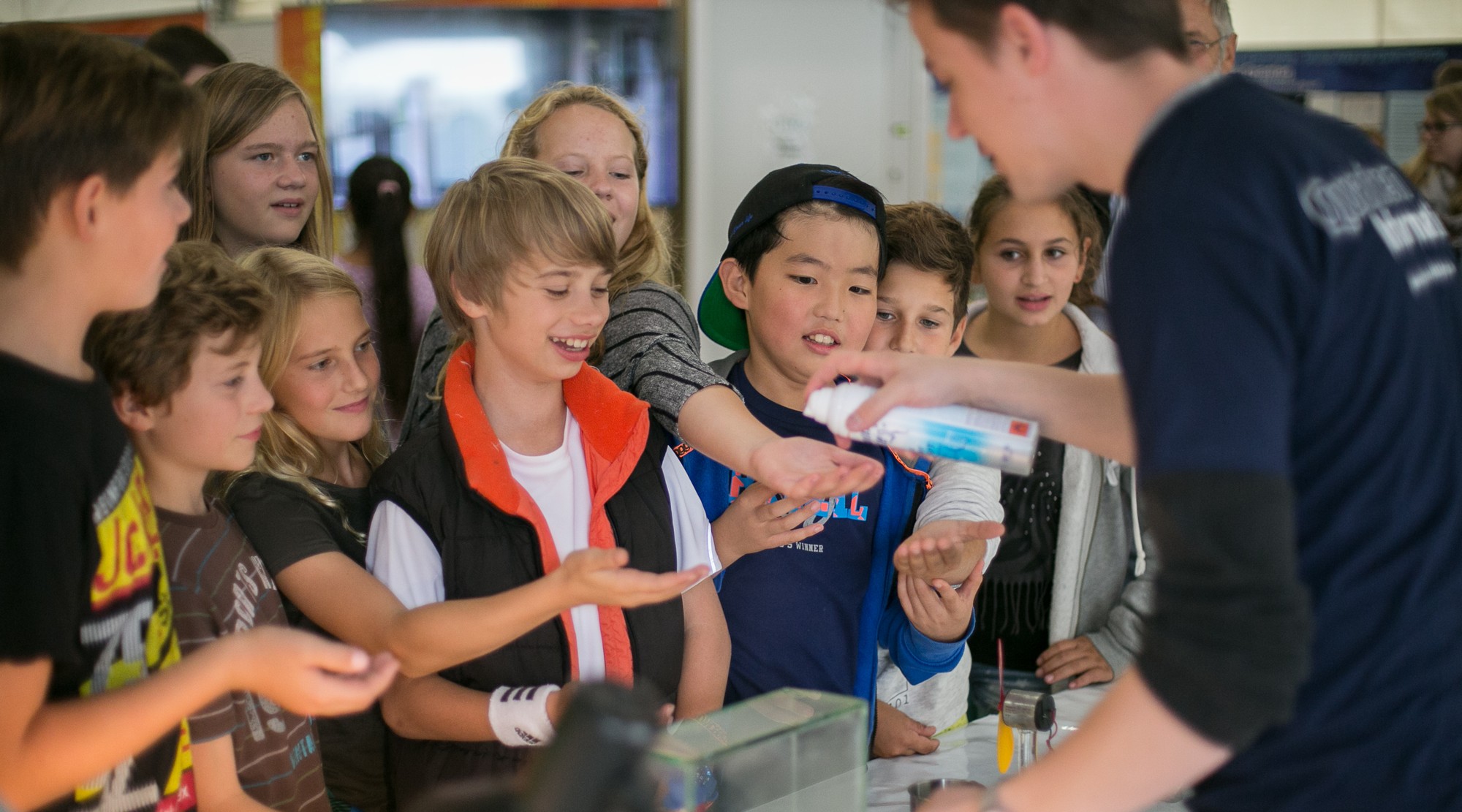 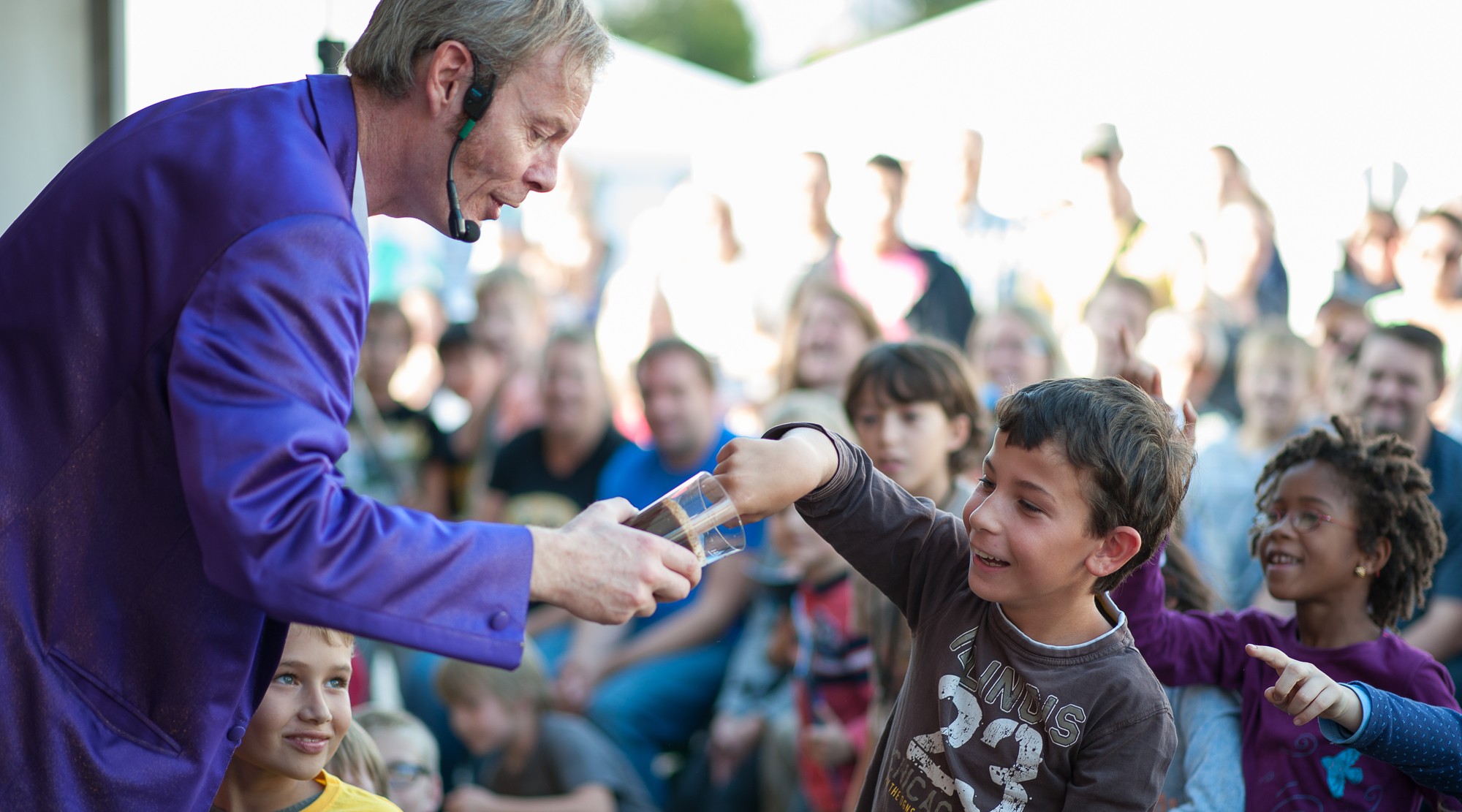 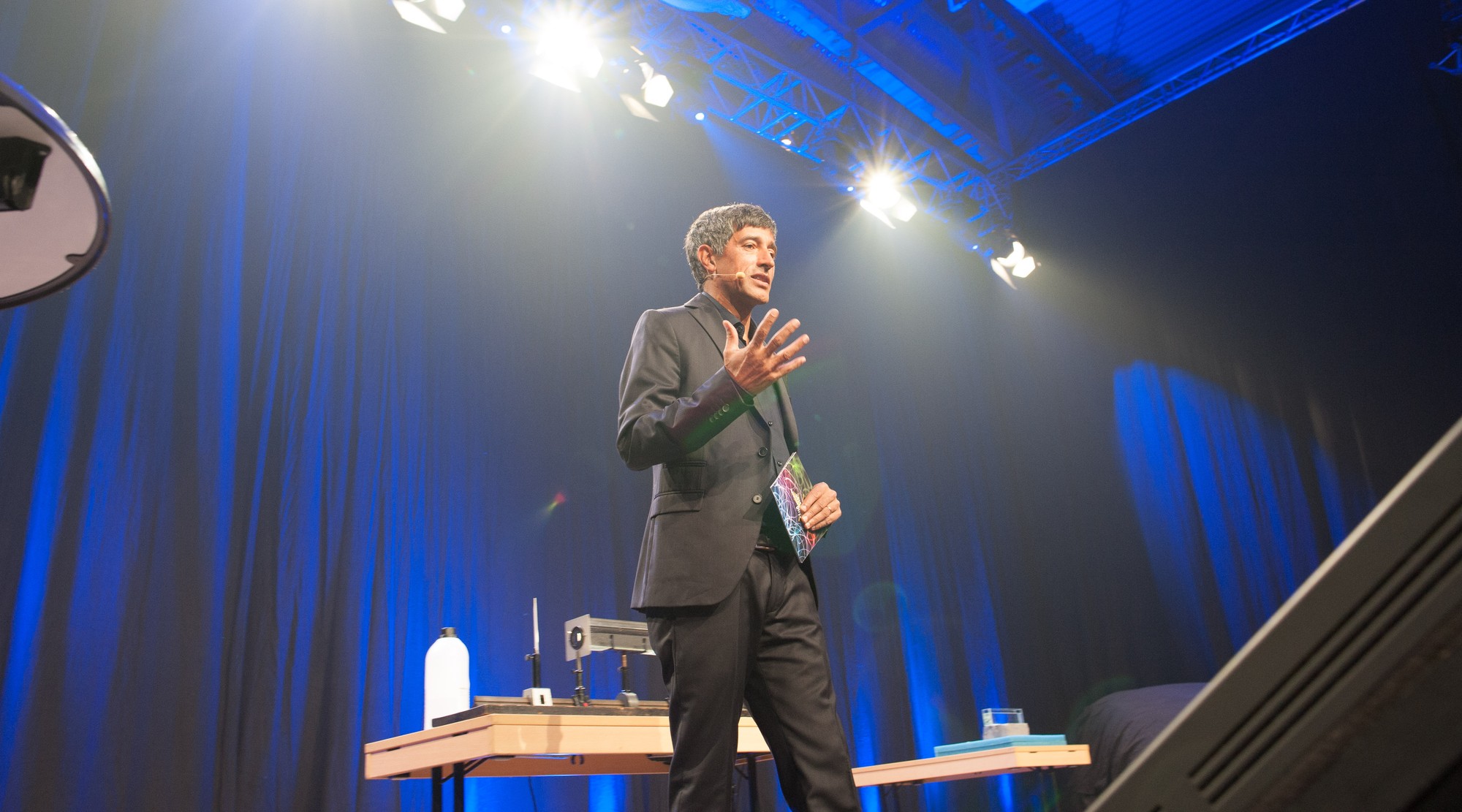 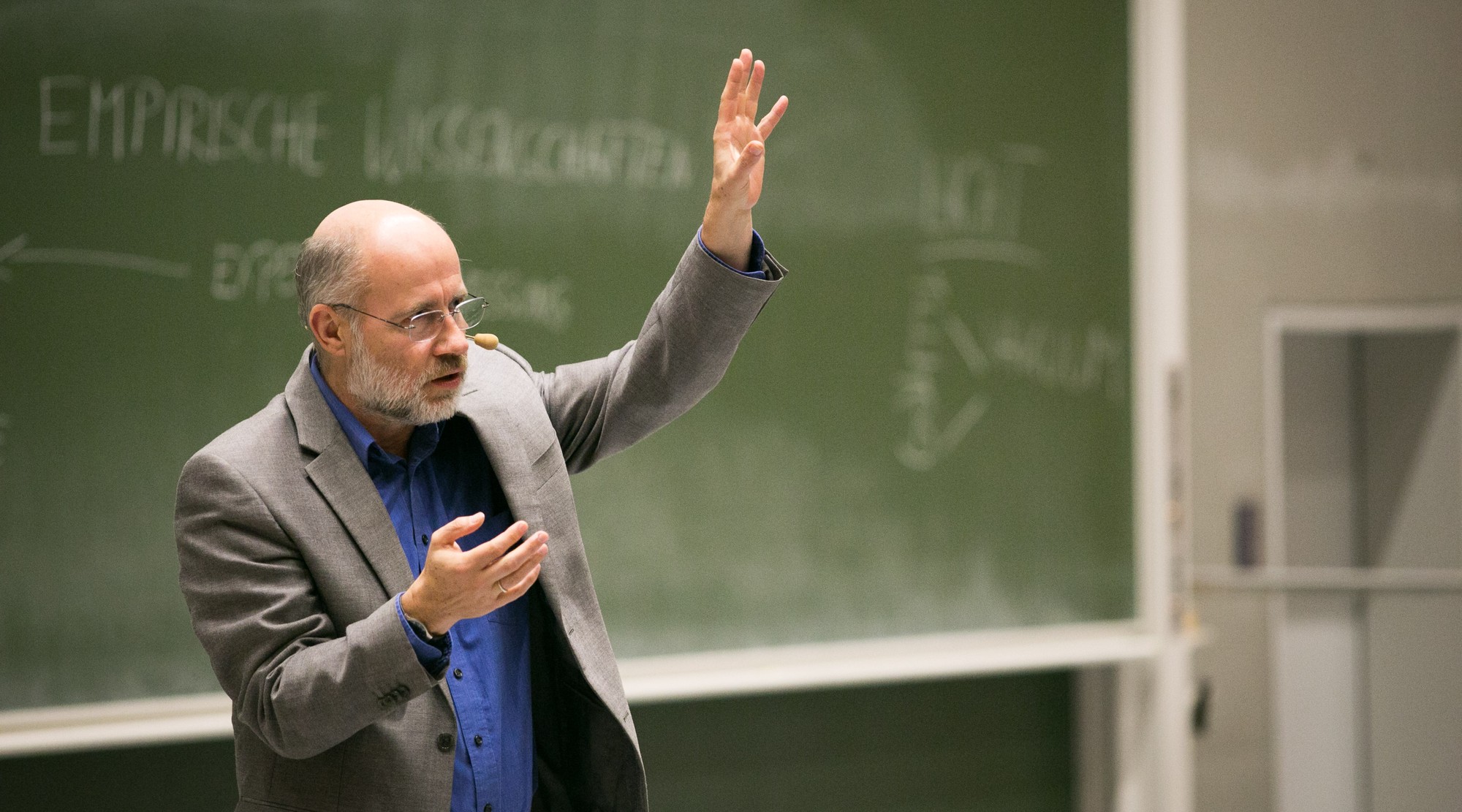 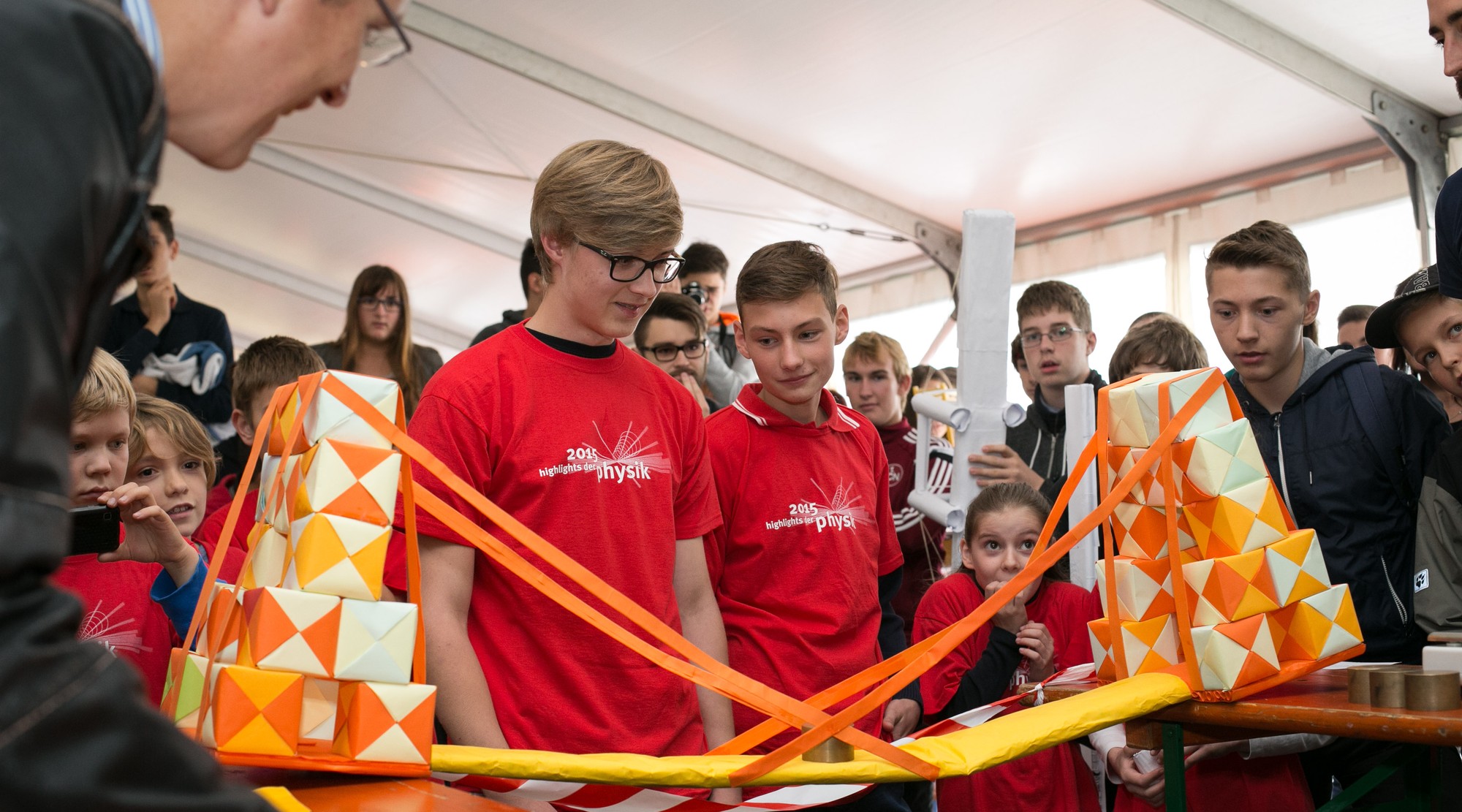 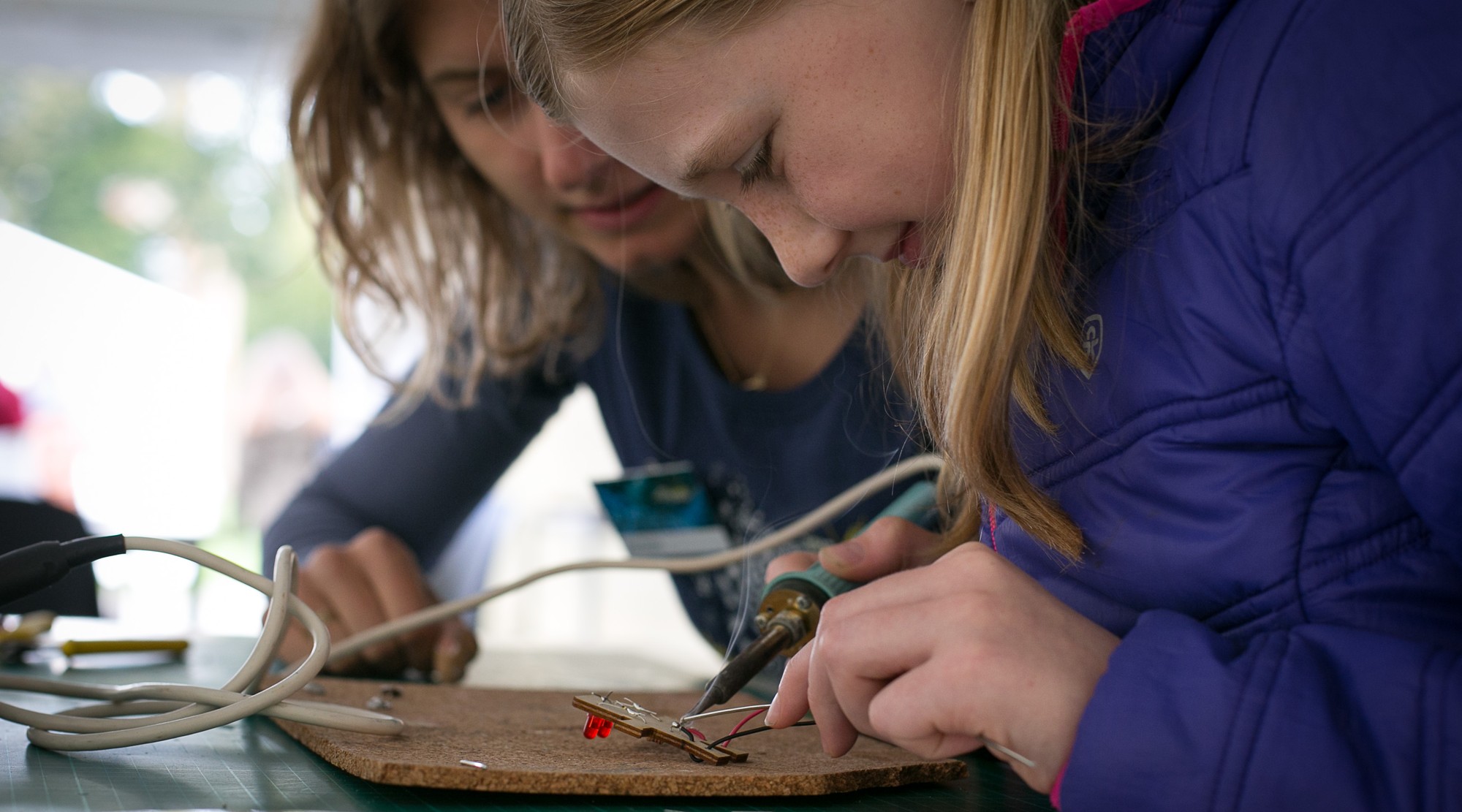 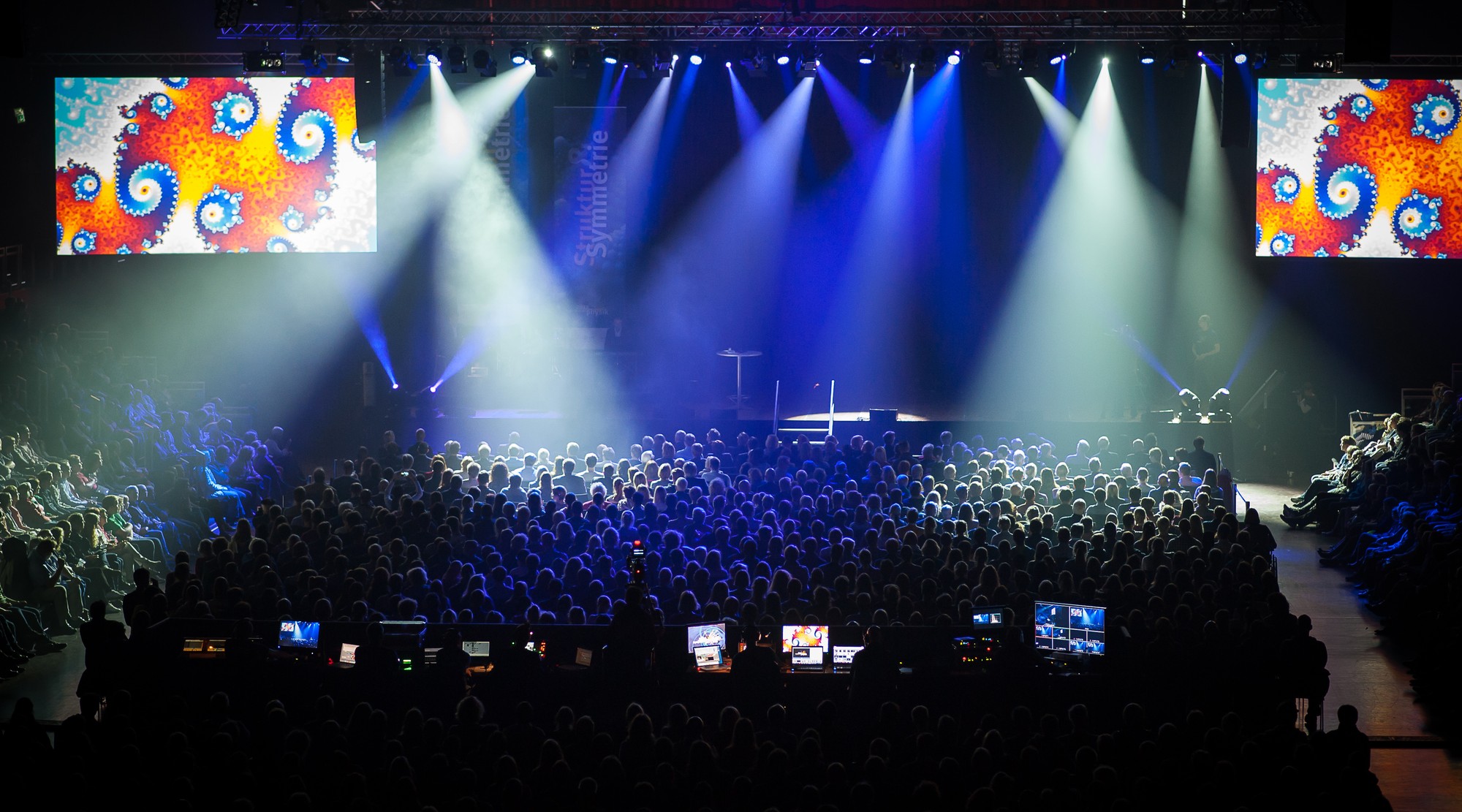 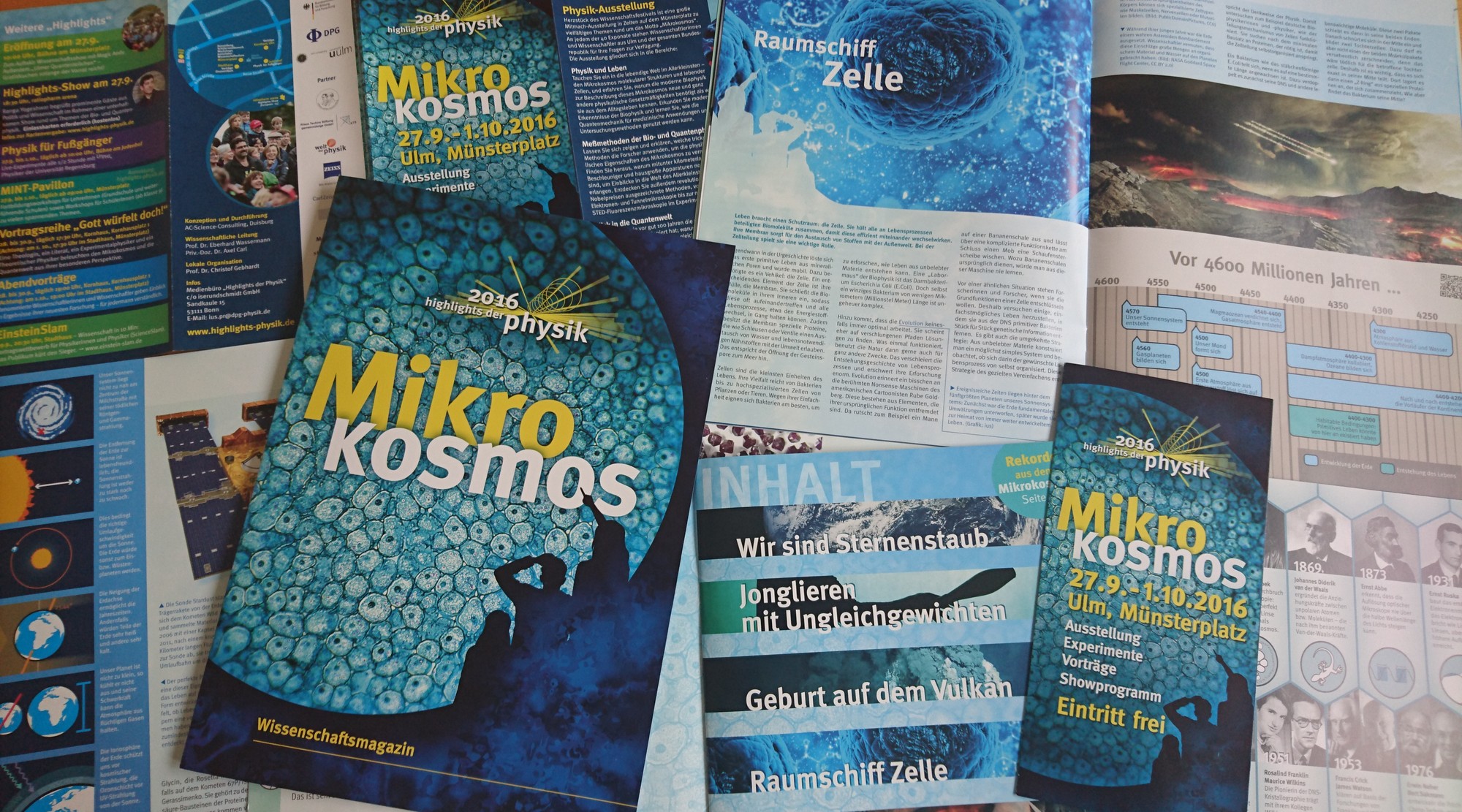 Inspired by the big success of the German "Year of physics 2000" the Federal Ministry of Education and Research and the German Physical Society hosted the "Highlights of Physics" in 2001 for the first time. Since then the scientific festival tours with alternating topics from town to town. 60.000 visitors of all ages experienced accessible physics in Bonn in 2019 – a record attendance. The "Highlights", that are a huge hands-on exhibition in the town squares of Germany, pupil competitions, experiments, workshops, open-air stage shows, a science slam and an extensive program for children from three to ten years. Exciting lectures by prominent scientists like Nobel Prize winners explain physics in an understandable way. Contributions from philosophers, theologists and writers offer a cultural counterpart within the scientific event.
At the beginning of every festival Ranga Yogeshwar, a well-known scientific TV host in Germany, presents the "Highlights-Show" in front of a big audience – 2018 in Dortmund there were 6000 spectators in the big Hall of Westphalia. A wide range of accompanying media provides the visitors with orientation, background information and also present complex topics such as quantum physics in an understandable and entertaining way. In addition, much of the content of the event can now also be experienced online - from the live streamed lecture to the virtually accessible exhibition. iserundschmidt has been accompanying the science festival since its inception in the areas of conception, graphics, media and public relations.