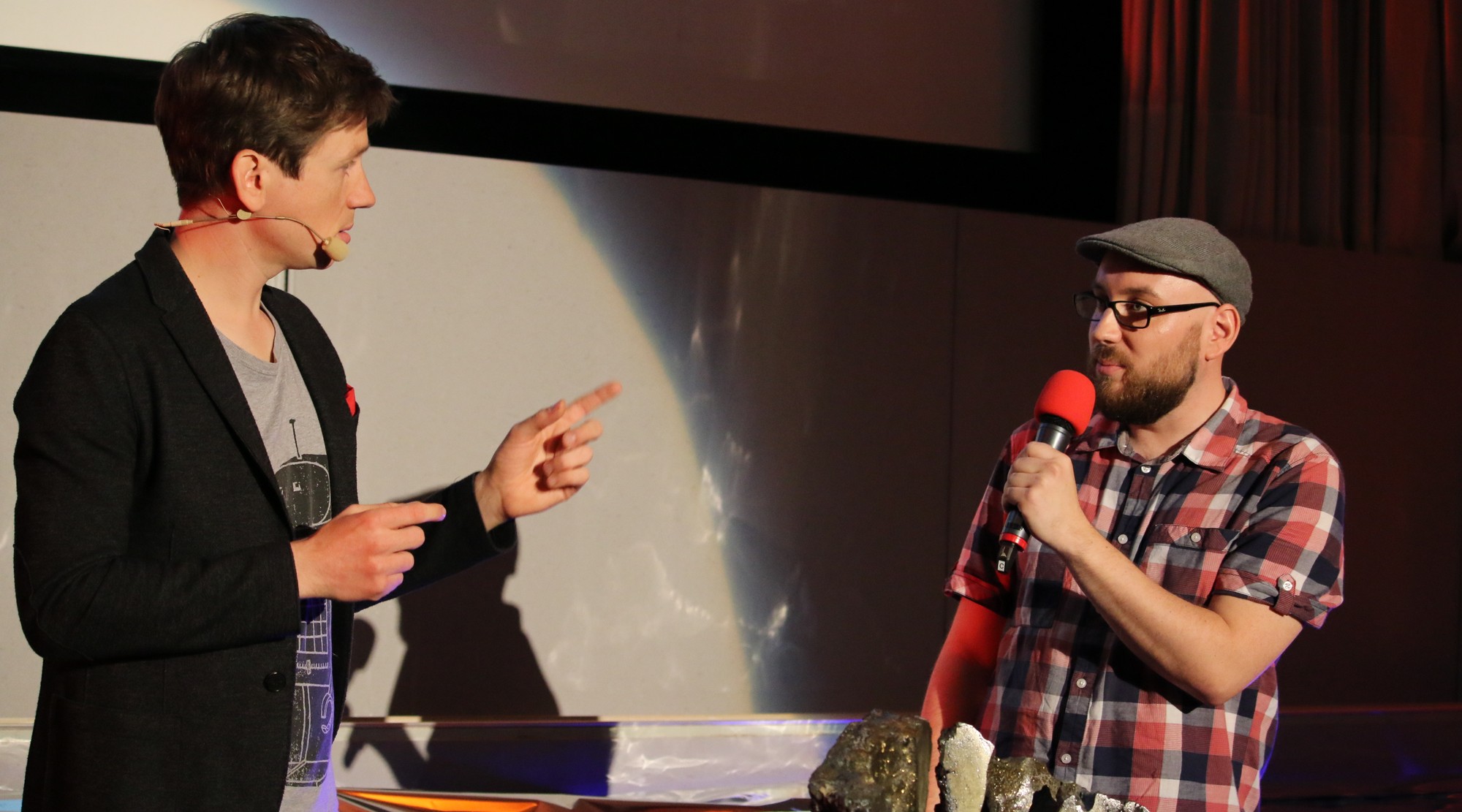 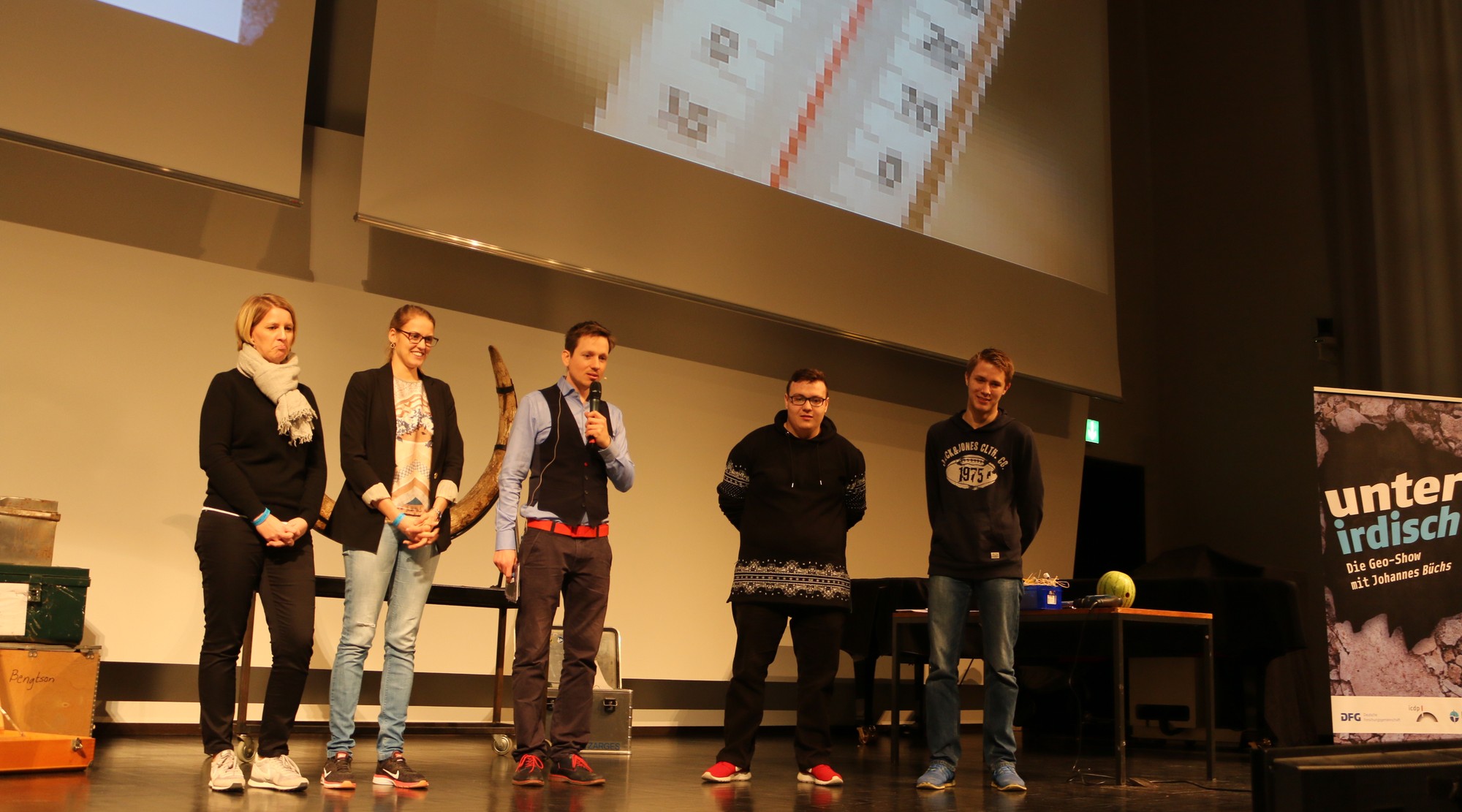 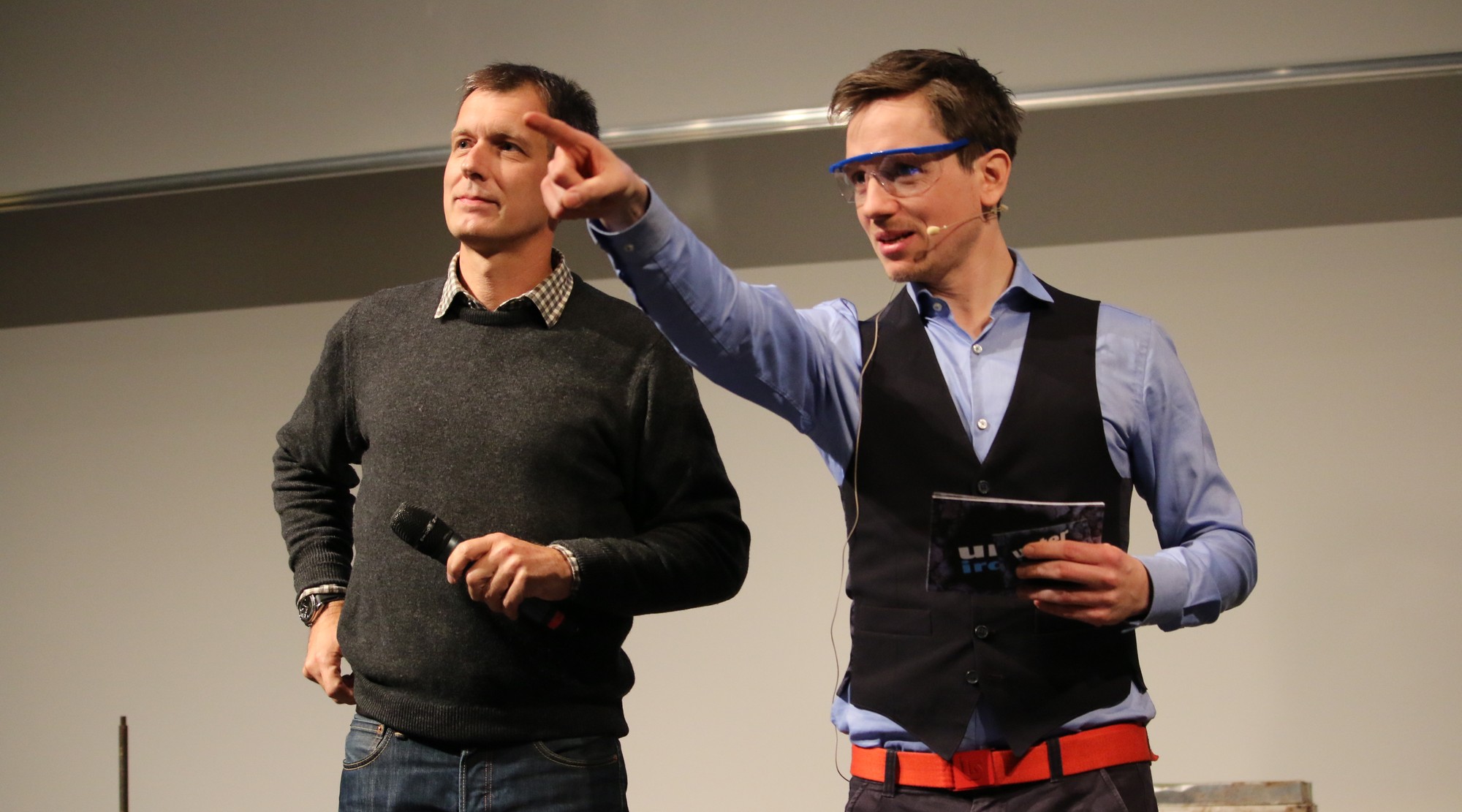 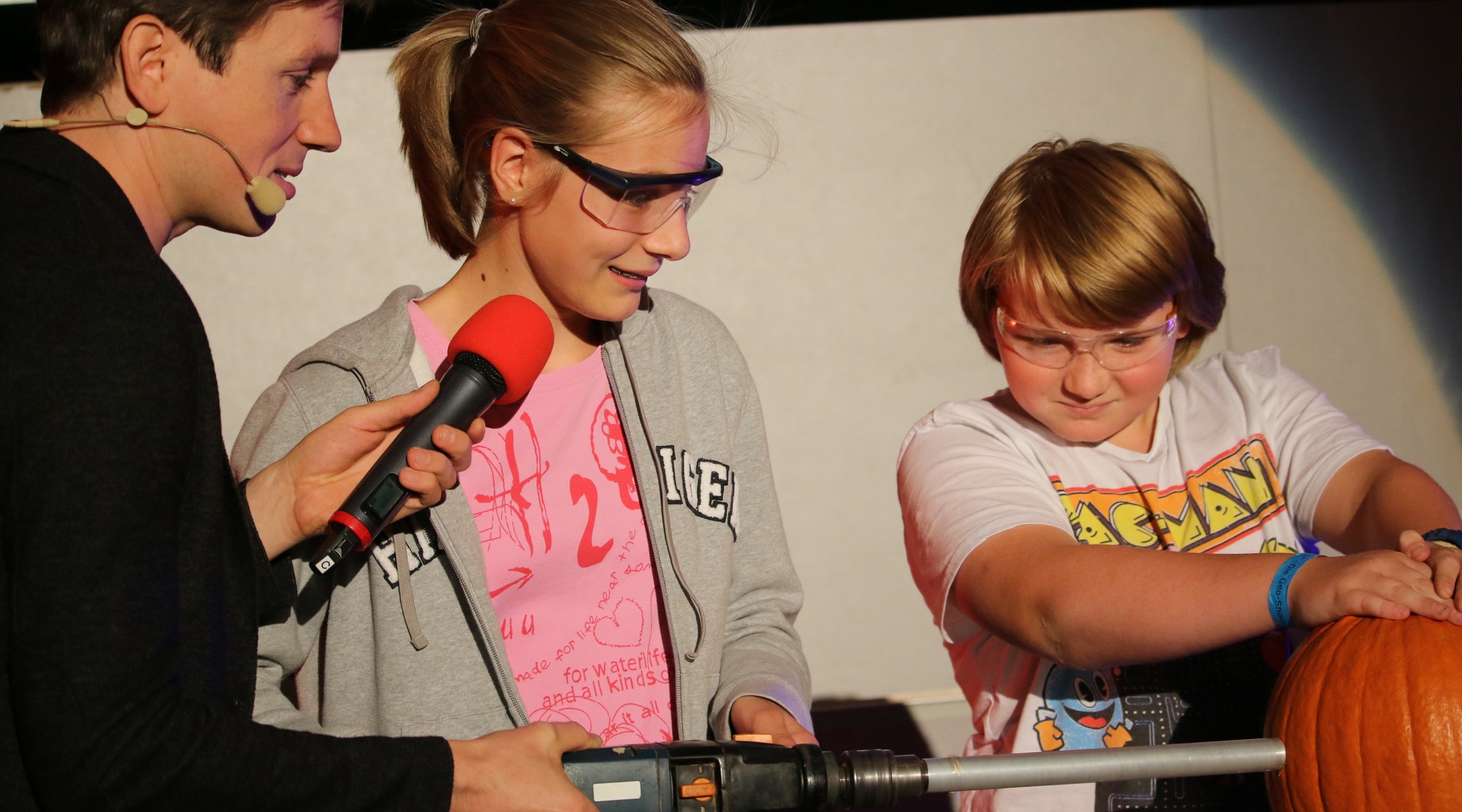 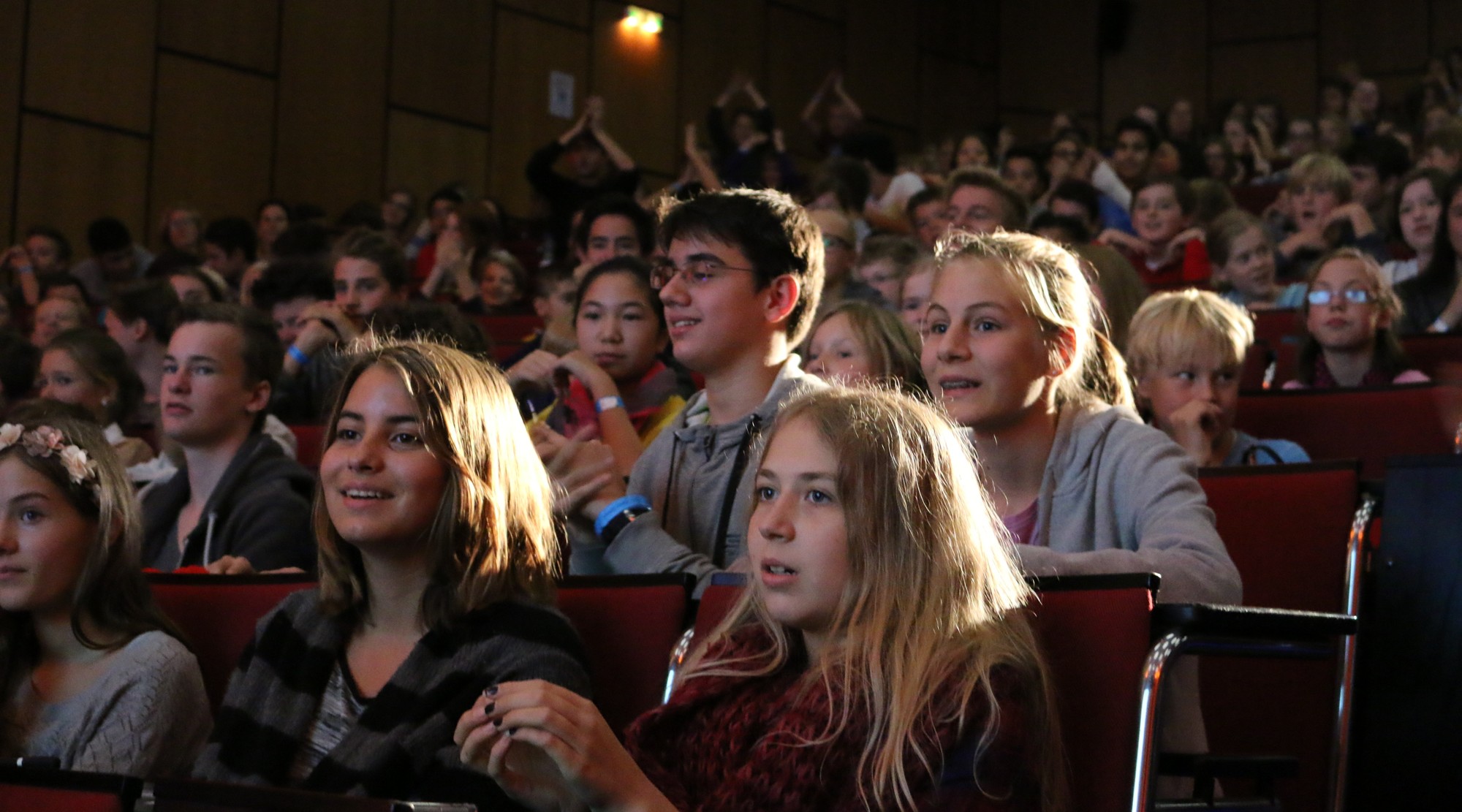 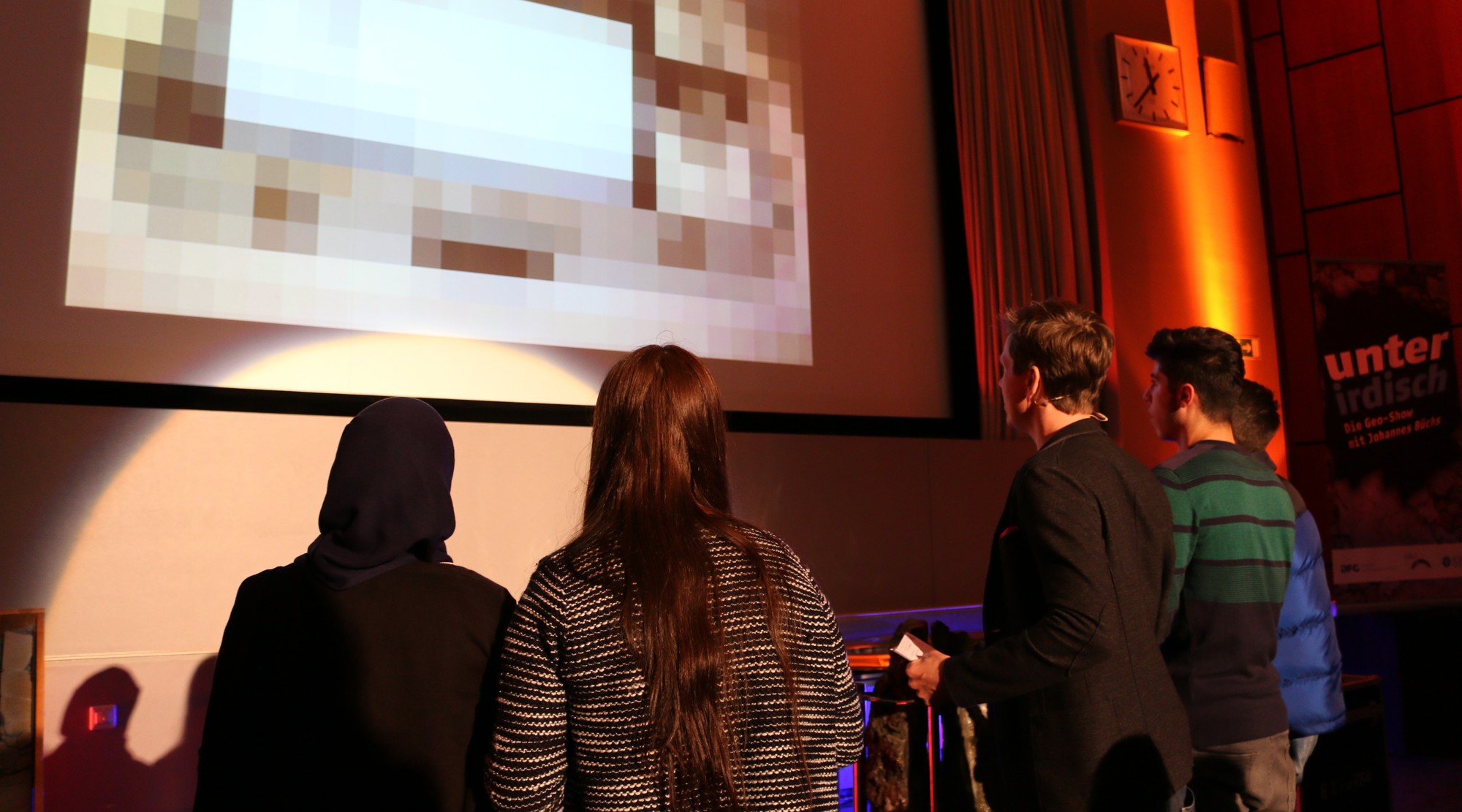 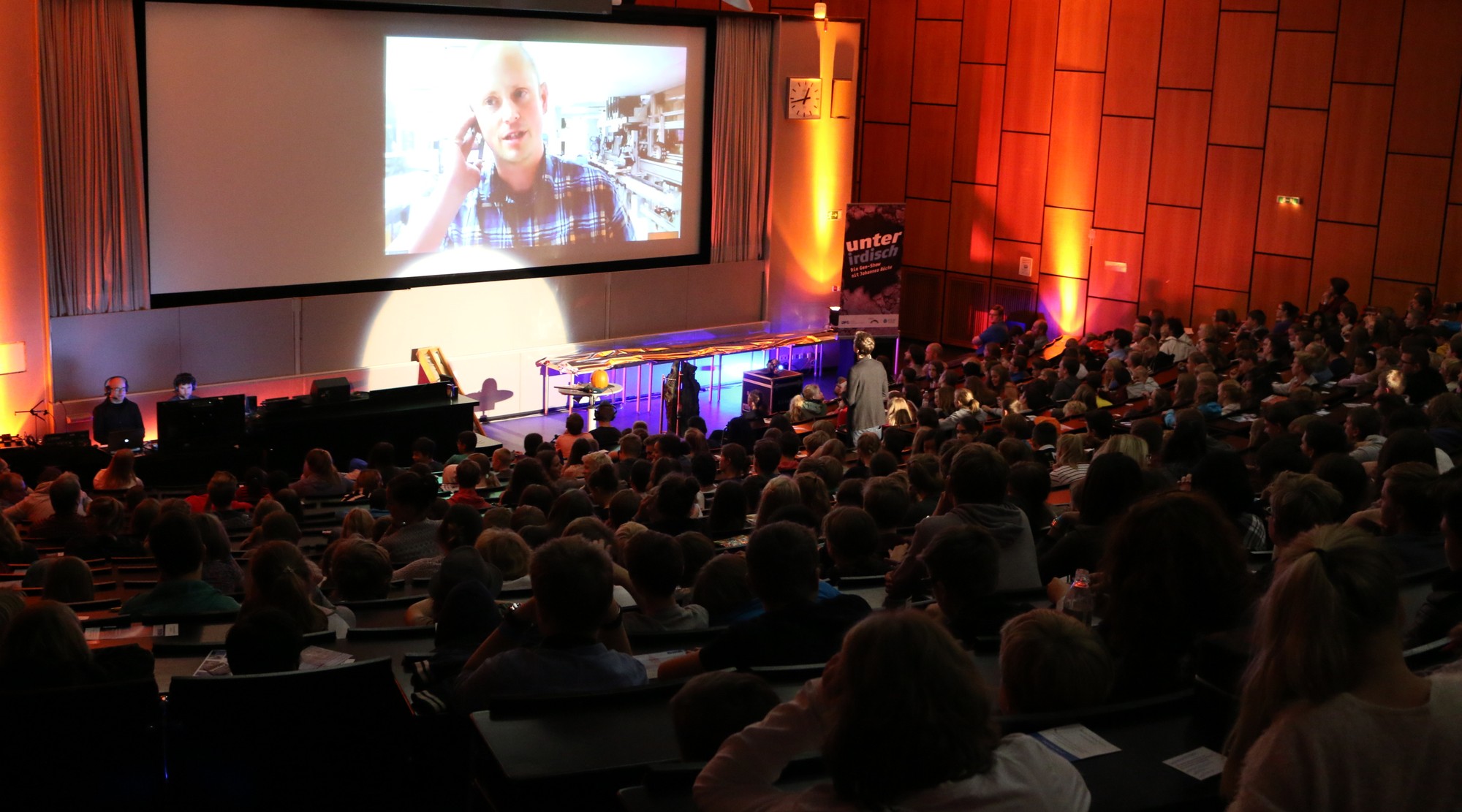 "unterirdisch" (underground) is an extraordinary science show for pupils, moderated by TV host Johannes Büchs. It presents the exciting and adventurous work of geoscientists. During their expeditions all over the world, they are digging onshore and offshore deep into earth. They decrypt information about earth history out of the digging cores, piece by piece. In vivid reports the (usually young) guests tell the audience about their latest journeys. Supported by pictures and videos they explain which discoveries they made. Highlights of the show are live broadcasts from impressing core repositories and far away research vessels.
This way the audience gets first-hand information about what it is like to be on board for long weeks – spending work hours and free time with the same people. But the spectators are also constantly being involved in the show – live polls, quizzes and mini games give an entertainment touch to the partly challenging talks and secure a high level of attention from the young audience. Lately the successful format "unterirdisch" was adapted for another show: The spin-off "Greenhouse – Icehouse" in the University of Bonn deals with the climate change and its consequences. iserundschmidt developed both show formats and is responsible for their implementation since the beginning.